Why should you wrap your vehicles?

Are you questioning Why Vehicle Wraps?  It’s a pretty big decision.  After all, vehicle wraps, or vehicle graphics, aren’t exactly traditional advertising.   They are a 24-7 high impact mobile billboard.  To help you have a full understanding of why fleet vehicle branding is so important, here are a few facts: 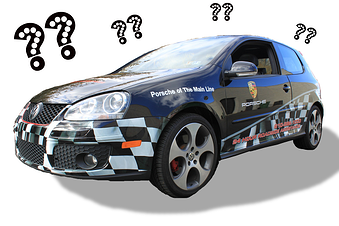 Contact us for a FREE online vehicle wraps quote!

Most impressive is that you can have a car wrapped for less than almost any advertising cost and they lasts for 4-5 years. Vehicle wrap costs range from $2000 – $5,000 (many cars start around $2,000 with a large bus or trailer at the top of the range).  Even if you spend $4,250 and your car wrap lasts 4 years that boils down to about $88/month.

Can you name even one other effective piece of advertising that costs you only $88/month?  Pay per clicks don’t.  Trade magazine ads don’t.  How much is a radio ad these days? A billboard placement? Even commercials, which need to be filmed, produced and aired – are they $88/month?

Simply, fleet vehicle advertising via the vehicle wrap, bus wrap or van wrap gets your business noticed.  It’s so popular, transit advertising has grown to be the second largest (dollar) segment of the outdoor advertising industry.

Recently, a utility company was so impressed with their fleet vehicle wraps they came back to us for a second round of trucks.  While out on maintenance calls, the wrap branded vehicle drivers were approached to complete other small tasks.  Since workers were already on the call, the additional jobs saved the company time and money. They did not need to reissue a worker to the same location twice.

Little Debbie featured a commercial full of their wrapped VW bugs made to look like Hostess cupcakes.  The Bugs zoomed out of the back end of a trailer, fully wrapped.  It would be impossible to speak for Little Debbie’s marketing team, but they used the wrapped vehicles as a promotion of the vehicle give away.

Transit fleet vehicles are also profiting from bus wraps.  More accurately, transit ads placed strategically on the sides of the fleet of busses.  This way, they are able to accommodate up to three companies per bus.  Often, you’ll also see a full bus wrap for companies like Disney showing off a new movie or recent character themed ride.  Municipalities have made full use of bus graphics for years.

If you are asking yourself if vehicle wraps or fleet vehicle advertising is right for your business, consider this:  It is, arguably, the least costly, most effective form of advertising on the market today.  Perhaps it is best to ask yourself not if you can afford to wrap a vehicle, but if your business can afford for you not to?

A Sunrise Wrap is not just a high impact mobile billboard.  It is also a 3-5 year marketing investment.  That’s why we insist on asking so many questions to determine exactly how you intend to use your wrap. We take the time to get to know your business and your goals before you speak with the Graphics Department to develop the right design for your needs.

We provide the additional tidbits you might like to know after your wrapped and are always happy to answer any follow up questions you might have.  Since we have a national network of installers, if you’ve just started your fleet branding, we can assure a seamless process.

How much do Vehicle Wraps cost?
Download the Vehicle Wrap Information Kit
Contact us for a Quote